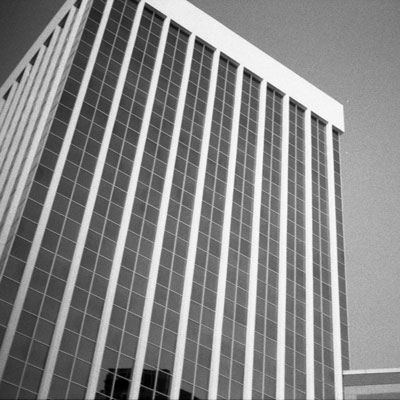 There are currently two small projects in progress: simple tools that address problems I have experienced recently, and anticipate experiencing again in the future.

As I’ve transitioned from being a touring musician back into the world of software, I’ve come to a new understanding of the importance of continuing to entertain new opportunities. In the last seven years, since getting that first post-college job, I put aside my résumé and my interview shoes. I had zero intention of leaving my job for the first couple of years because I didn’t want to be that millennial. Even after the first couple of years, when I was starting to feel the itch to leave, I didn’t want to jeopardize my involvement with my band. Then I went on the road with the band, and with even remote work an impossibility, I continued to neglect my résumé.

So, when I went to update my résumé, realized I had to update several versions with the same information, and found myself with some time to build things, I built a simple tool for keeping my résumé updated. It is a simple command line tool that I have written about in a blog series here.

Based on a passage from the very important book, Peopleware, where engineers asked to track interruptions began to display red flags at their desks to let people know when they were deep in a task, I decided to build a digital version of that little red flag. This idea has been rolling around in my head for years, but I now have the opportunity to build it.

At the core of the project is a simple data structure to represent a resource that can have a status. The status can have one of three values of ascending uninterruptibility: Free, Busy, and Occupied. By making the data structure as simple as possible, the tool itself becomes more useful and versatile. You can check the status of a coworker (the original inspiration), or you could set the status of the office bathroom, copy machine, or microwave oven. You could even use this data structure in managing and monitoring your infrastructure. The choice to make any applications independent of the core data structure, including a service for storing and updating status, was an extension of this impulse to expand utility through simplicity.