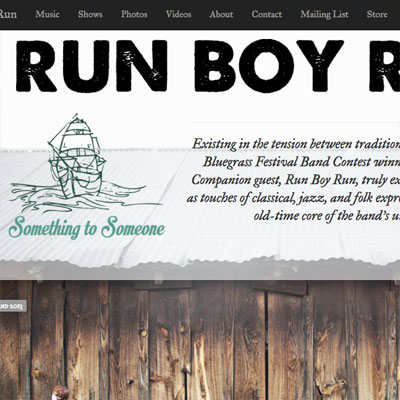 I built this application for the band that was my primary occupation for a few years. Because I had near-total freedom, the Run Boy Run website became a testbed for my approach to web development.

I built the site in Go, deployed to Heroku, organized content according to volatility, structured data to match the content, and curated content according to the explicit goals of the band. The site is built on top of my open source gobase project. I have released the source for the whole site, but I am in the process now of porting all the band-specific components to another open source project.

Looking back at the code recently, a few things stand out as bad practices. I may take some time to post about these flaws in the design at a later date.